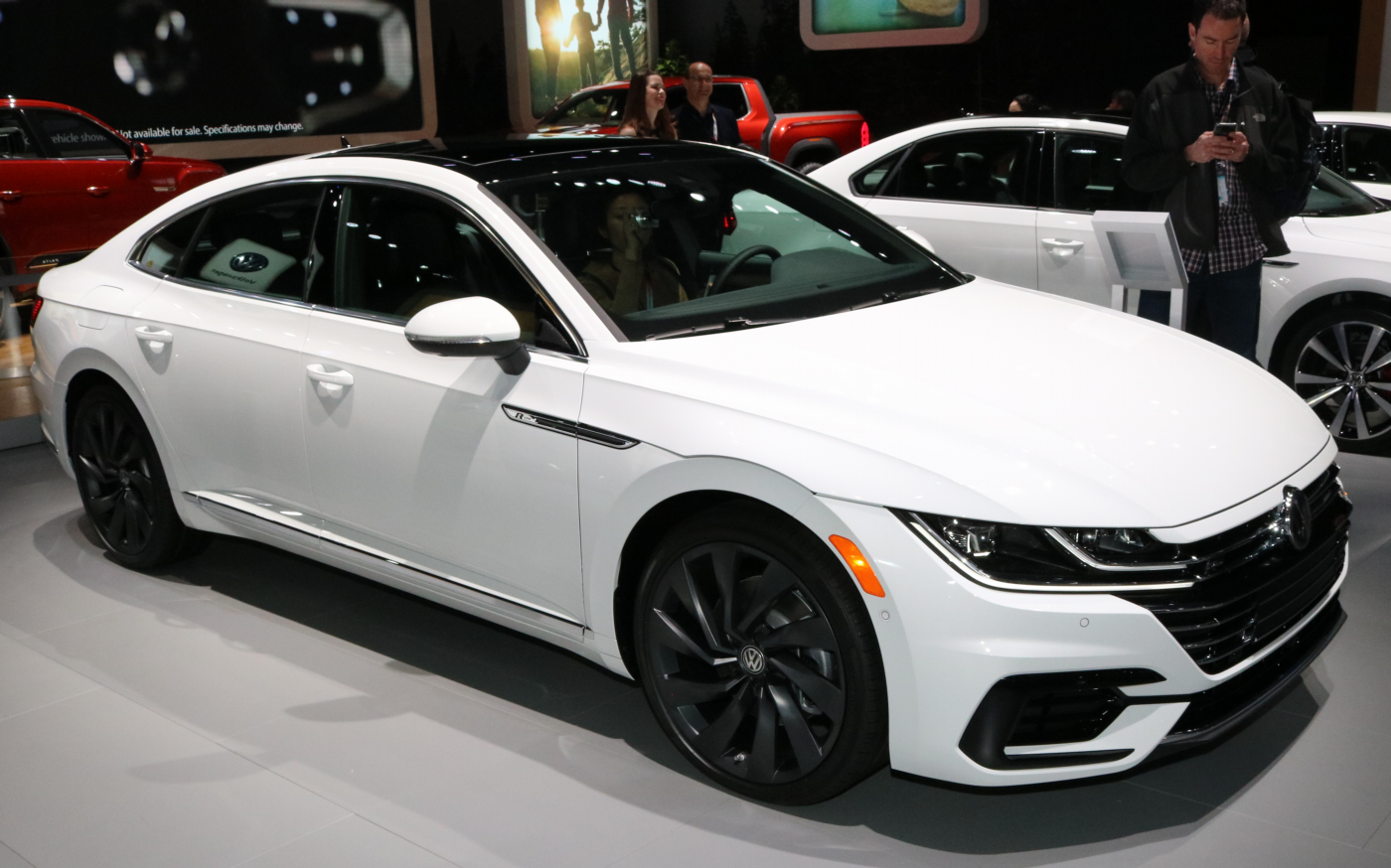 The all-new Arteon is due to replace the Volkswagen CC for the 2019 model year. When it arrives it will be equipped with a 268-horsepower 2.0-liter turbocharged 4-cylinder engine, an eight-speed automatic and front- or all-wheel drive.

PSYCH! The Arteon was scheduled to be a 2019 model, but it had trouble passing emissions tests in Europe and has been held back, similar to your older sister in 3rd grade.

The Beetle is finally at the end of its long road. A special Final Edition version will be available.

Blind Spot Monitor and Rear Traffic Alert are standard across the line.

The Golf gets major changes to its powertrain. First, it trades the 1.8 turbo 4-cylinder for a more efficient 1.4 turbo. The new engine gives away 23 horsepower and 15 pound-feet of torque, but fuel mileage goes up by 4 to 5 MPG. Second, the dated 5-speed manual and 6-speed automatic transmissions are exchanged for a 6-speed manual and 8-speed automatic. The extra ratios should help get some acceleration back.

A six-speed manual transmission is now available on all trim levels.

The SportWagen also exchanges its 1.8T 4-cylinder turbo for a 1.4-liter turbo, except for 4MOTION all-wheel drive models, which keep the 1.8T.

The hottest hatch from VW is now available in 40 custom order colors. A Black Wheel Package with gloss-black 19-inch wheels is available. Engine's horsepower is downgraded by 4 to 288.

The GTI gets an eight horsepower boost, bringing it to 228 horsepower from its 2.0-liter DOHC 4-cylinder turbocharged engine.

A Rabbit Edition is one of the weirder special editions for the GTI. The Rabbit name harkens back to the 1980's, when the GTI was born, but the Rabbit was the mild version of the U.S. Golf platform. It would be like making a special edition Mustang called the Falcon or Grenada. Perhaps a special edition Challenger Valiant or a Camaro Nova.

The Jetta is all-new for 2019, moved to the MQB platform, the same architecture as the present generation Golf and GTI. As its only engine it keeps the 1.4T turbocharged 4-cylinder engine that the Jetta Eco introduced. It is available with a 6-speed manual or an 8-speed automatic transmission.

The Jetta now offers premium features like a digital cockpit with a full color dashboard with virtual gauges for everything and ventilated front seats to keep driver and front passenger cool.

The new Jetta has a longer wheelbase, is a little over an inch-and-a-half longer, almost an inch wider, a tick taller but it weighs over 40 pounds less than the old Jetta. The passenger cabin is slightly larger but the trunk is a lot smaller (14.1 vs. 15.7 cubic feet).

R-Line and SE trims are combined into one: SE R-Line. GT and SEL are discontinued. The 3.6 V6 engine is no longer offered.