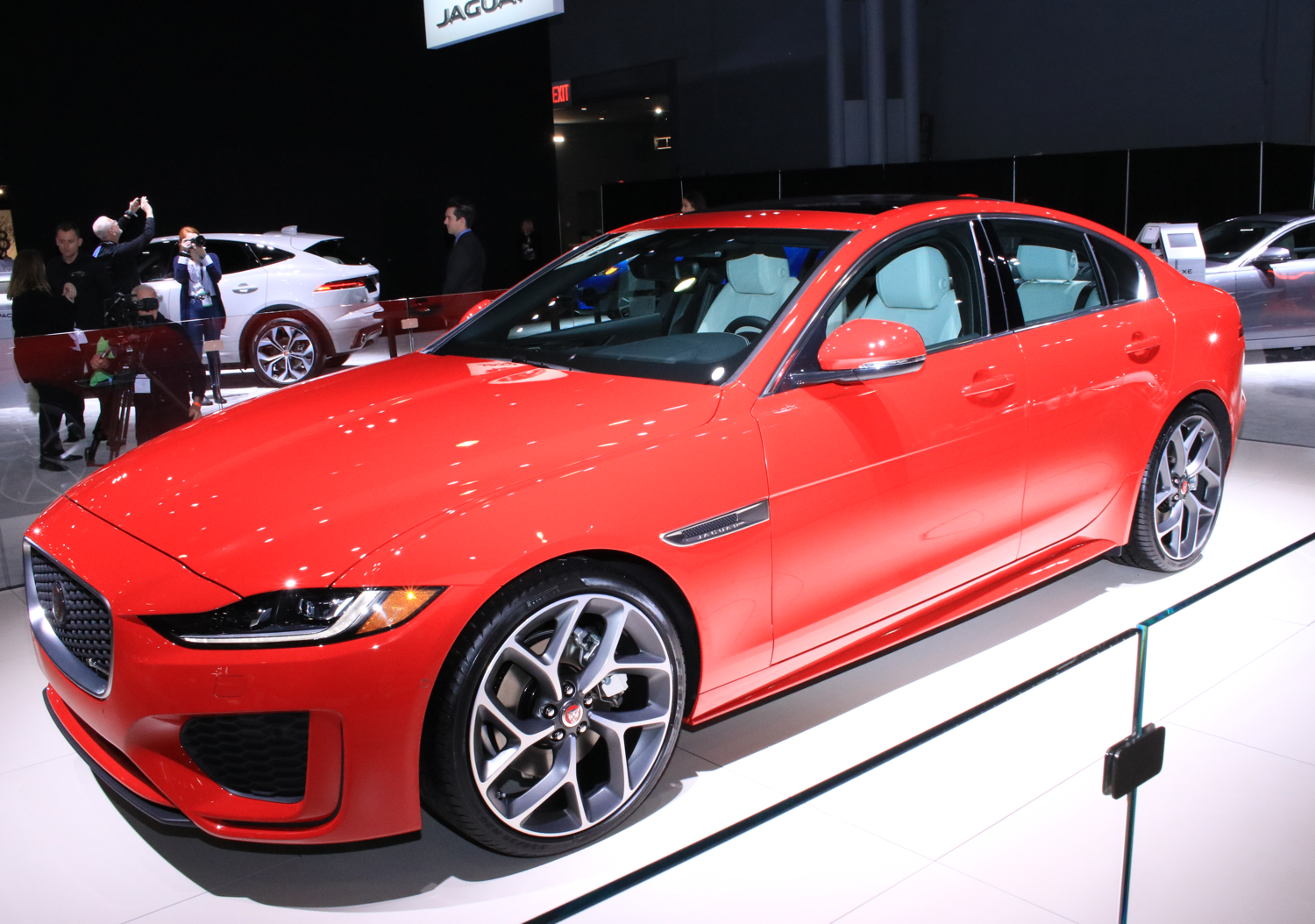 A "Checkered Flag" special edition will be made in limited numbers.

The 2.0-liter turbo-diesel is discontinued.

The manual transmission is no longer offered. Previously only available on rear-wheel drive models with a V6 supercharged engine, it didn't see enough takers.

The shocks on the F-Type R have been made softer at lows speeds to improve ride comfort.

The front parking aid, previously optional, joins the rear sonar as standard. The power-adjustable steering wheel is no longer standard, replaced by a manual tilt/telescoping wheel on lower models unless the option is ordered. Apple CarPlay and Android Auto are now offered, they are standard.

The XE's available supercharged 3.0-liter V6 is no longer offered. The XE's diesel engine is also discontinued. The XE SV Project 8 and its supercharged V8 are also over. This leaves the two 2.0-liter turbocharged 4-cylinder engines, rated at 247 and 296 (R-Dynamic) horsepower.

The lineup is massively simplified, down from eight trims to only two: S and R-Dynamic S.

The R-Sport, 300 Sport and Portfolio are gone, leaving the Premium, Prestige and the 3.0-liter supercharged "S." Also, a Checkered Flag special edition, available with the 296-horsepower version of the 2.0-liter turbo four and all-wheel drive. The standard engine is a 247-horsepower 2.0-liter turbo 4-cylinder. The diesel four is discontinued, leaving Jaguar U.S. without an oil burner.

End of the road. Its replacement will be an all-electric Tesla Model S fighter.