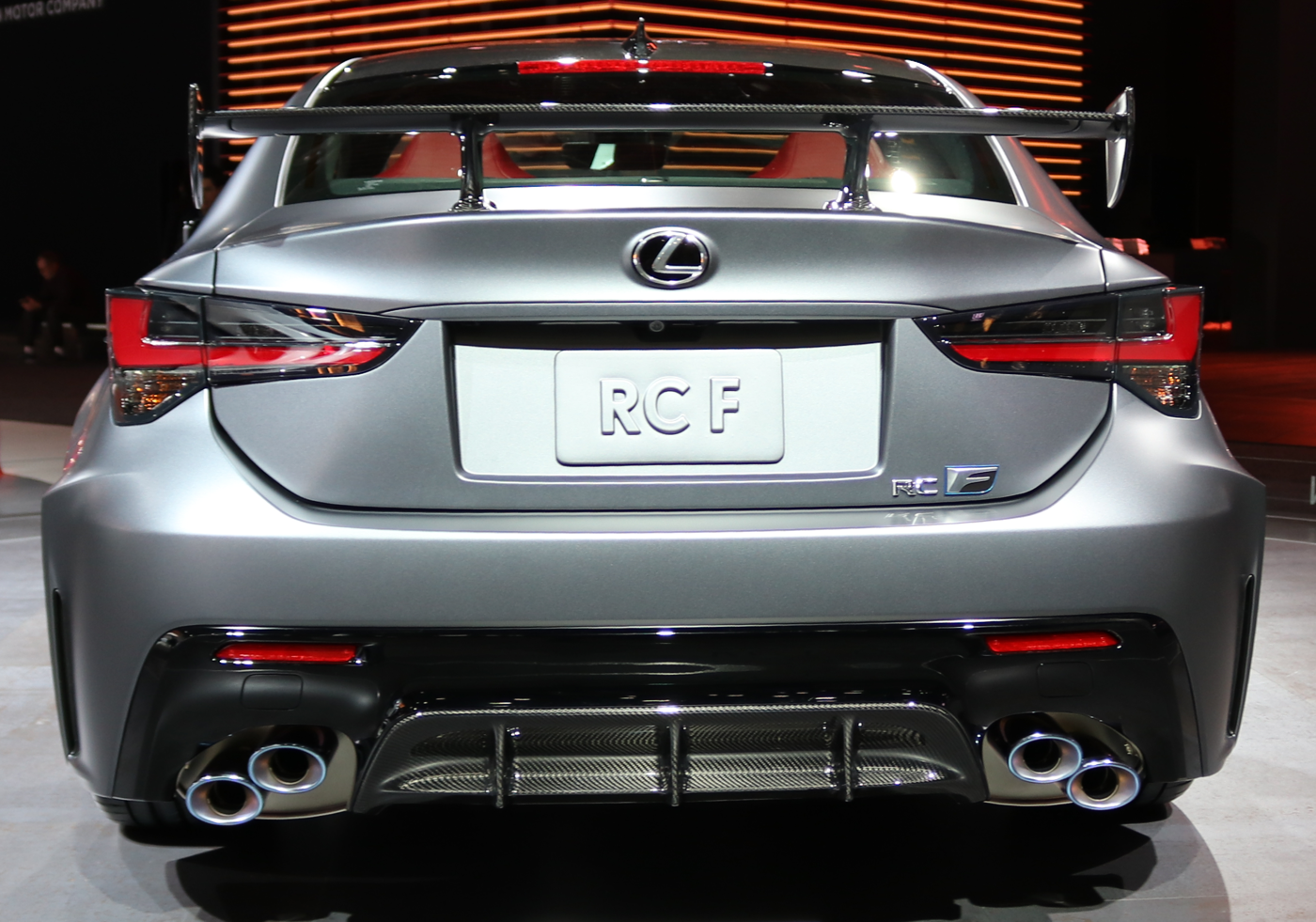 The experiment with the 4-cylinder turbo has ended; the GS 300 and GS 300 (shudder) F Sport are discontinued, leaving the silky smooth GS 350 with its 311-horsepower V6 and the sportier GS 350 F Sport. 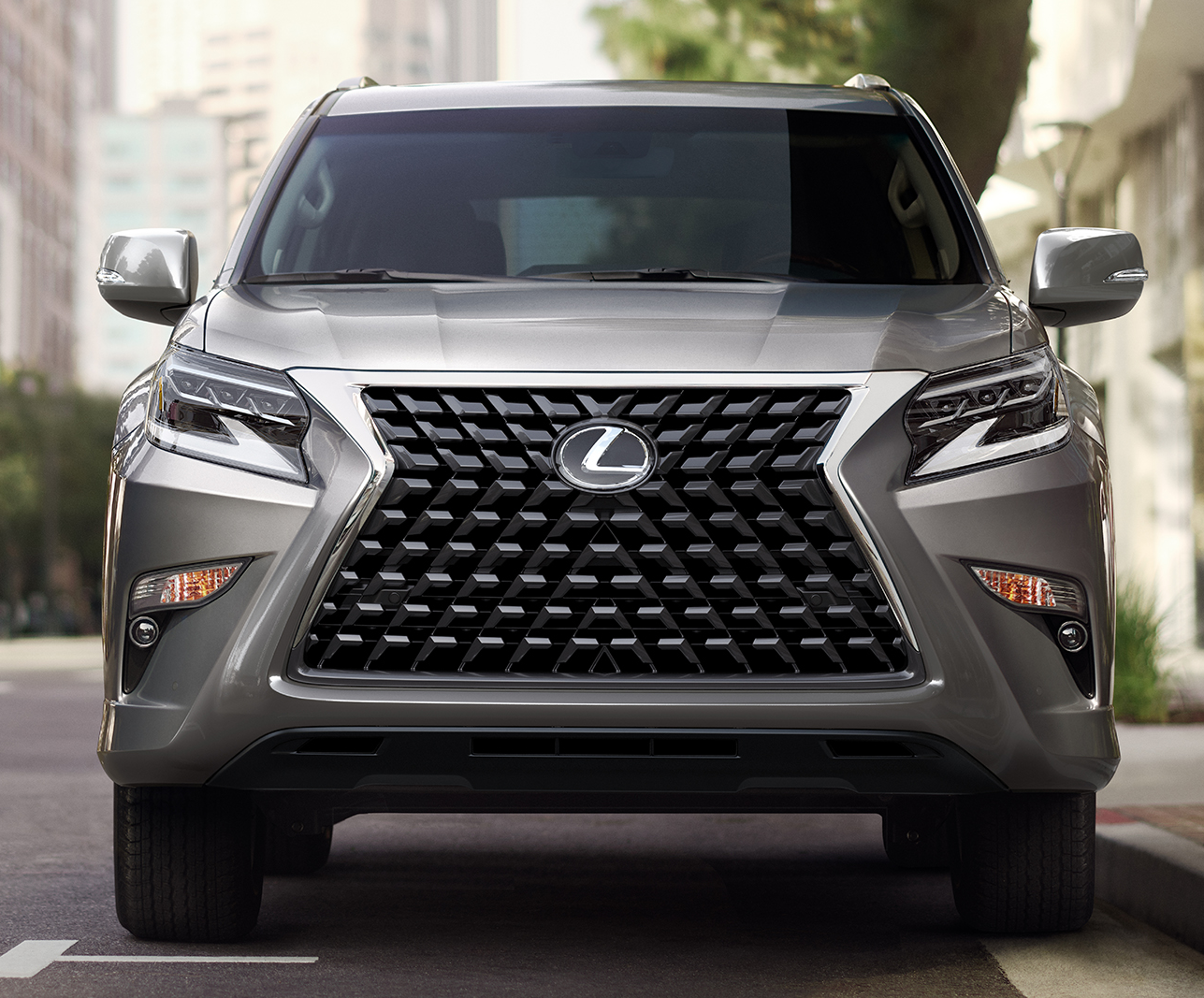 To paraphrase one of the better of the last presidential cadidates, "These grilles are getting too damn big!" While doing some spring cleaning on the GX's grille and adding cameras and sensors for Lexus' Safety System+ (the GX was the last to receive it), some guys had a little too much extra time on their hands. In addition to the grille, the GX gets newly designed headlights and turn signals.

An Off-road Package is offered with a Multi-Terrain Select function to help tailor traction, transmission and engine response to different conditions. The Multi-Terrain Monitor can show views from multiple different vantages, including underneath the chassis. 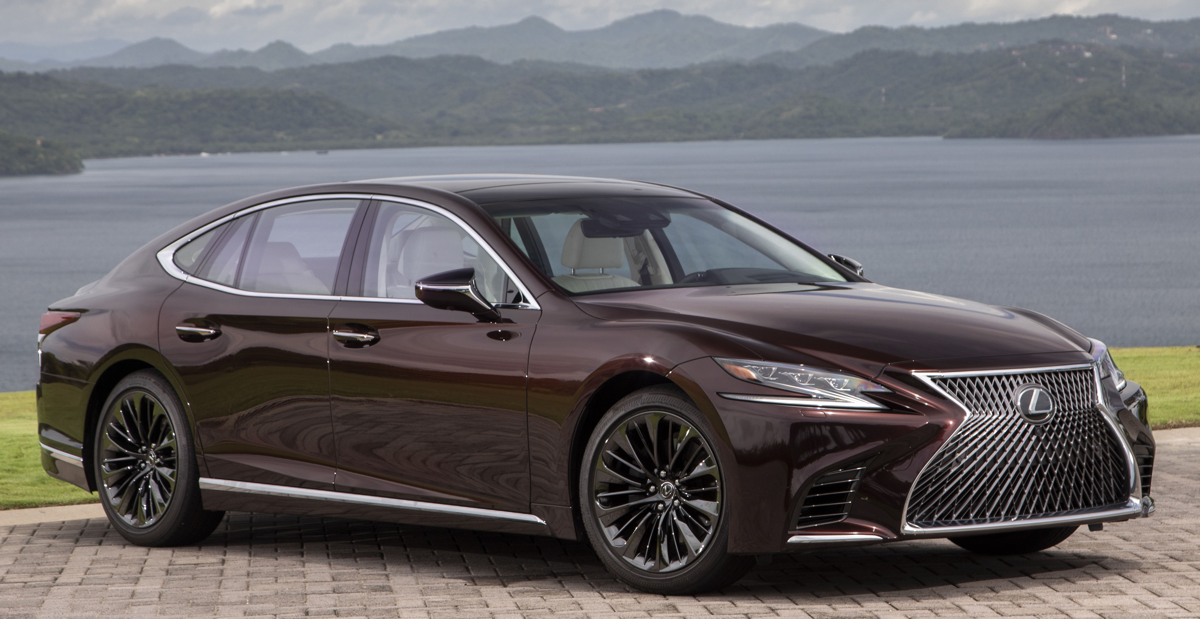 The fourth in the Inspiration line, the LS 500 Inspiration Series starts with a new color, Dark Garnet, and adds black 20-inch wheels. Inside, bright white leather contrasts with a black dashboard, steering wheel and carpeting. Glass trim from the Executive package rounds out the look. Only 300 will be sent to the United States.

A power tilt and telescoping wheel is now standard.

The new Track Edition is out to prove Lexus' performance cred. It's most obvious feature, a massive rear wing, is designed, along with mutiple other tweaks, to reduce lift at high speeds, keeping the RC F Track Edition planted on the race track. Weight reduction was the other main goal of the new Track Edition. Over 120 pounds are removed from the Track Edition compared to the standard model, which is itself 50 pounds lighter than last year. A carbon fiber hood and roof contribute, while also lowering the center of gravity and improving weight balance. Carbon ceramic brakes (a first for the RC line) and forged wheels remove over 50 pounds, where it matters most: unsprung weight. The ceramic rotors are also much more resistant to wear and heat fade, though they are considerably more expensive to replace. Titanium bits for the exhaust system round out the stellar weight loss efforts. All Track models come with a red leather interior and are offered in two exterior colors: white and matte gray (pictured).

All RC F models get a general refresh, including an impressive 50 pound weight loss (refreshed models usually weigh more). The openings to the sides of the grille are larger to increase cooling. Optional triple-LED headlights have a new design. The side sills are more agreessive and feature a solid line near the bottom of the car. In the rear the bumper is reshaped and the taillight deisgn is new.

Through increases in intake efficiency the 5.0-liter non-turbo V8 gets 5 more horsepower and 6 more pound-feet of torque, for a total, respectively of 472 and 395. The bushings in the steering and subframes are much stiffer, contrubuting to better steering response and handling. 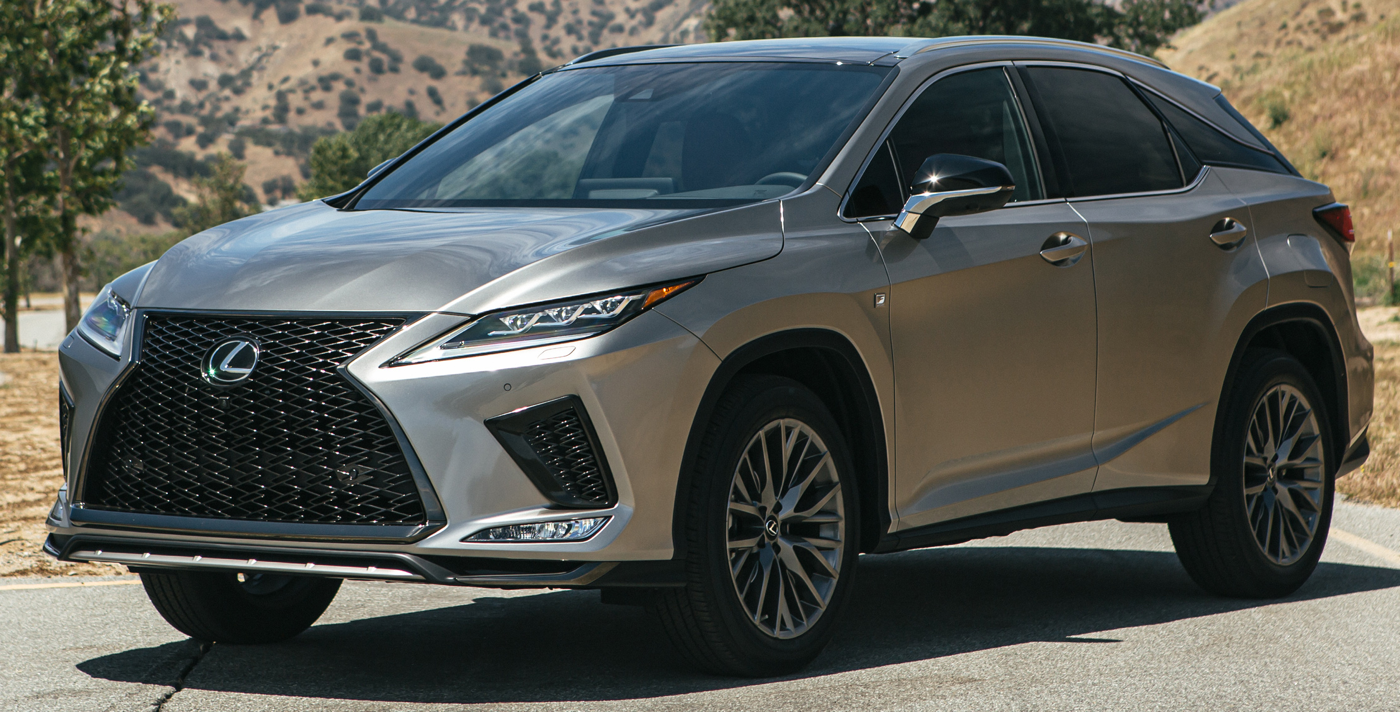 RX models get a whole new grille and frontal treatment. The new grille is still the over-sized spindle, but it replaces slats with a much more intricatediamond pattern. The side openings in the front are larger and lose their borders. The optional triple-LED headlights are thinner. A new 18-inch wheel design is standard. The rear gets a redsigned bumper and new L-shaped taillights. Two new colors are offered: Moonbeam Beige Metallic and Nori Green Pearl.

The suspension gets refinements: lighter anti-sway bars, retuned shocks and a device that dampens out higher vibrations all act together to make the ride more supple and improve the responsiveness of the steering. Active corner braking will help improve turn-in, the initial rotation of the RX into a turn. The chassis itself is stiffer, due to more welds and adhesives.

The main display has been moved closer to the driver by five-and-a-half inches. This should reduce driver distraction. Adding 2 USB charging ports brings the total to 6.

A hands-free tailgate is now optional, allowing you to open or close the cargo door with a kick. The old system, which only allowed hands free operation by holding your hand near the rear badge, was not very hands-free (or was it?) and did not allow for closing the door: you had to press a button for that.

Lexus Safety System + is upgraded to version 2.0, adding Road Sign Assist, which can alert you to changes in speed limits and other information gleened by video camera from signs you may have missed. Lane Keep Assist makes way for Lane Tracing Assit, a more sophisticated method of keeping between the dotted lines.