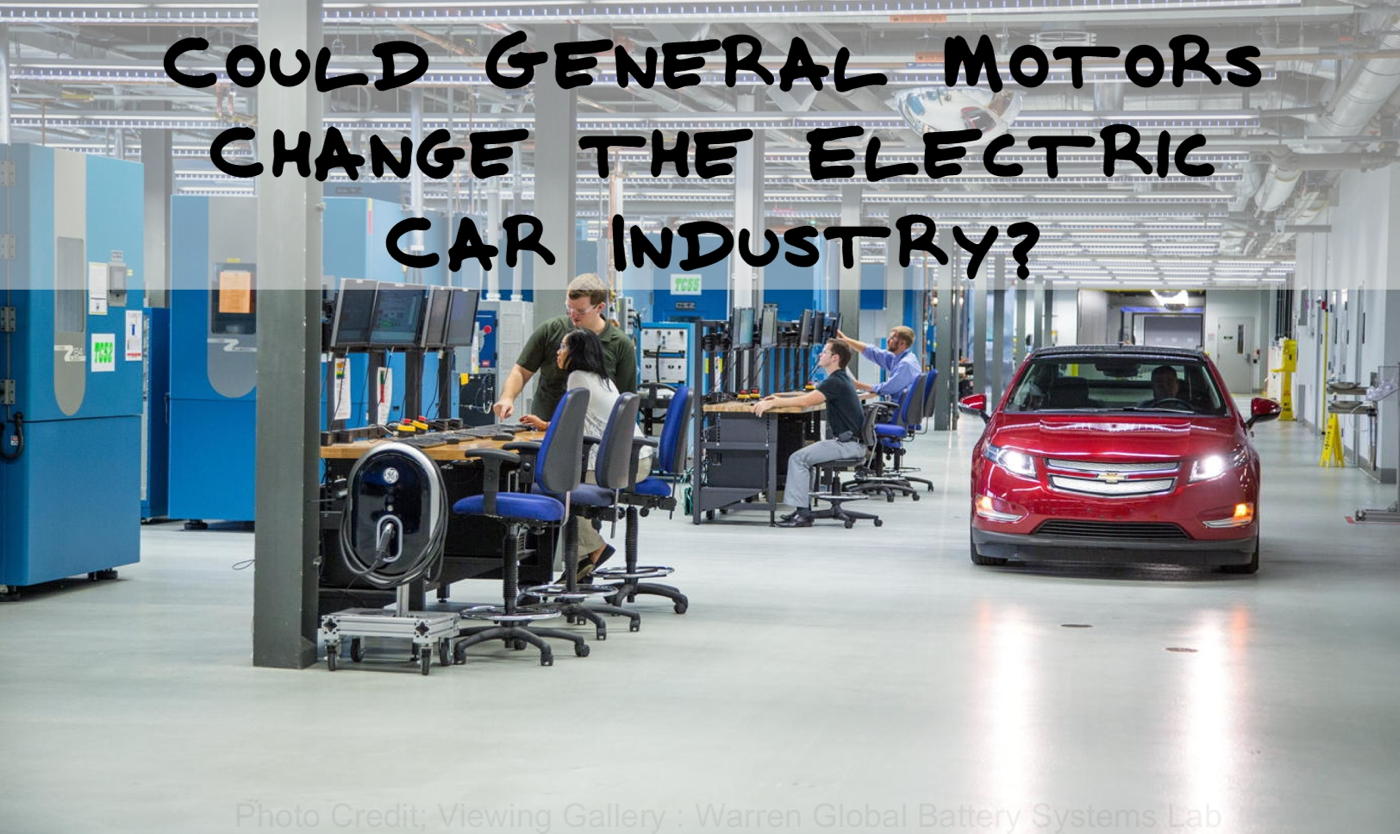 When the automobile first came out before the days of Henry Ford, it was a luxury item. Something that most Americans can't live without today was once reserved for the rich and famous. That all changed with the emergence of Ford's assembly line and other entrepreneurial icons that changed the face of the industry. New heroes and still changing it today. 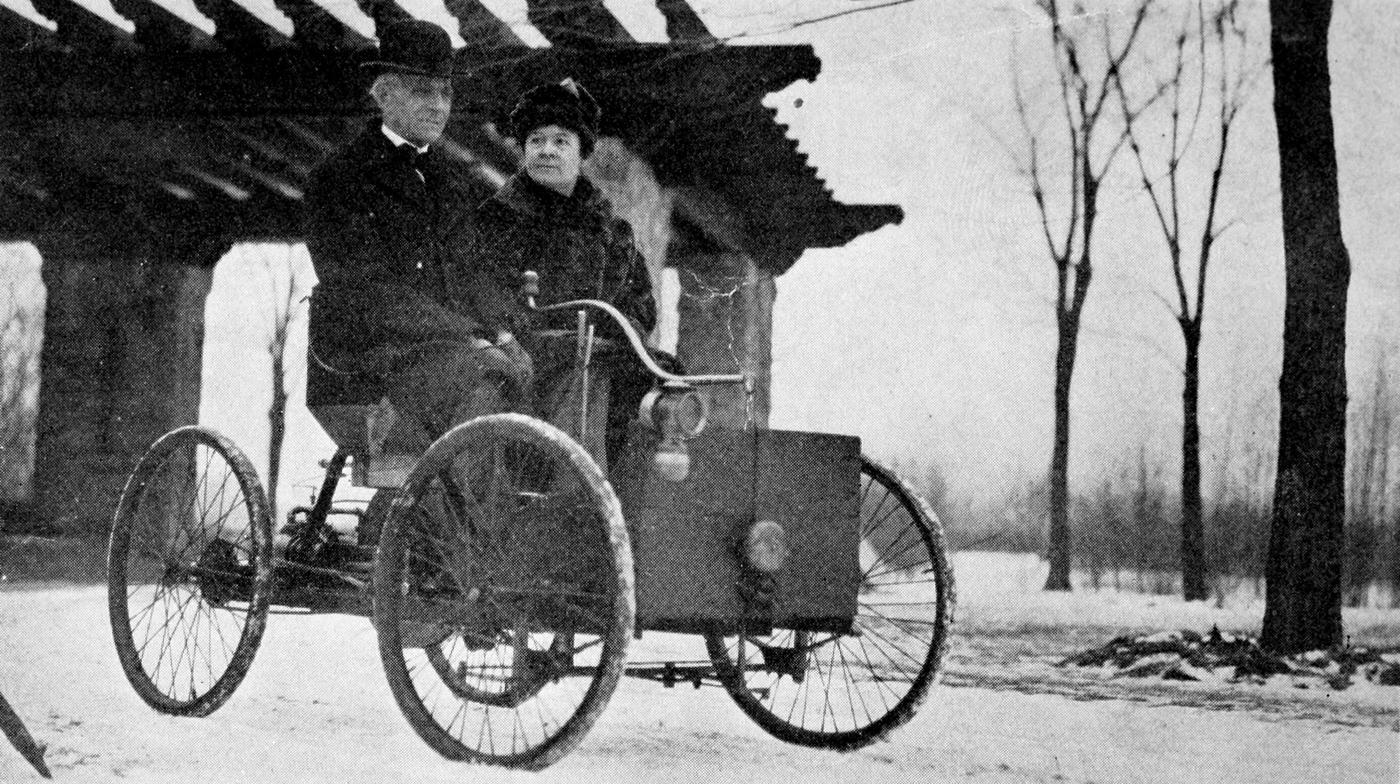 Take, for example, the rise of the electric car, once an inefficient and expensive toy. Most experts were unsure it would ever be roadworthy, especially in the long haul. A short battery life, a compact size, and poor acceleration were all issues that haunted this still developing technology. Even so, the implications were too big to ignore. We live in a world where we are constantly hearing about climate change and always seeking the next big technology. The electric car just seems like the next logical step. But where does it go from here?

The same principle that applied to the automobile once applied to the electric car: it was expensive, not practical and a toy of the rich and famous. Batteries are expensive and, at first, most of them withered in the face of Father Time with a limited battery life. Industry newcomers like Tesla are already striving to change that. CEO titans like Elon Musk are dominating the fledgling electric car market. Tesla might not be the only major player in the game to consider, at least not for long. Reuters reports that General Motors is also throwing its hat in the arena.

Can General Motors Pull it Off?

It's no secret that General Motors has already been fiddling around the allure of the electric vehicle. The company sold around 16,400 full electrics in the U.S with its new Chevy Bolt EV. Meanwhile, 60,000 units sold of a separate model in a similar joint venture in China. It's still a bold move. In terms of both sales and engineering, at least in electric cars, Tesla is by far the stronger company. General Motors' sales don't even come close. Last year saw Tesla pushing out more than 200,000 in the U.S alone and even more internationally. Every day they're stepping up their game. Don't count GM out just yet, however. They may be able to pull off an upset.

When measured solely in terms of cash value and revenue, GM is by far the dominant titan here. They have plenty of capital to work with. Still, they could lose that status if they fail in their bid to compete for a place in the growing green energy market. Fueled by fears of climate change and the toxicity of carbon emissions, more people are clamoring for cleaner and safer models. Imagine a car that uses zero gallons of gas and produces zero harmful emissions? Now imagine these cars are just as affordable, safe, and efficient. Imagine now that they're just as accessible as traditional gas and diesel varieties. Tesla is striving to make this a reality, and now GM is too. The question remains, "Who will reach that finish line first?"

It's All About The Battery

One of the biggest obstacles to affordable and efficient electrical models in the automotive industry is the battery. Range anxiety is the most often cited barrier to mainstream purchases of full electric cars. Batteries also need replacing, and worst of all, the battery packs aren't cheap. These factors keep gasoline and diesel dominant, and GM is still at the top in that industry. Still, they may be striving to change that, too.

GM has announced plans that seek to reduce the costs of their EV batteries to under $100 for every kilowatt-hour. That means that battery pack costs would see drops of up to 45%. Not only that, but they may be developing smaller, cheaper, and more efficient batteries with a new line altogether. A new partnership with a Korean chemical company may be seeking to do just that, and plans have already begun.

Already investments of over $2 billion have poured into a new company that will be part of a joint venture between General Motors and LG Chem, a Korean battery producer. This venture will seek to develop a cheaper and longer-lasting battery pack.

The joint venture has already announced the establishment of a state of the art manufacturing plant. The company expects the plant to create over 1,100 jobs in Northeast Ohio near the community of Lordstown. Groundbreaking for the facility is expected to take place sometime in the middle of this year. This alone could have a substantial impact on the electric car industry, especially as companies like Tesla are sure to launch countermeasures. What other developments might take place to improve this ascending technology? What else might we see from other companies seeking to compete for a piece?

Electrical Cars are Here to Stay

It's hard to say right now what the future of the industry holds, especially for companies like GM who have had a rockier history in recent years. Despite requiring a government bailout and declaring bankruptcy in 2009 to stay afloat, the company has made a comeback with rising profits over the years. Whether or not they continue to impress remains uncertain as the industry continues to evolve. Tesla and GM have continued to provide an impressive match up, going head to head in this industry. As the fight heats up, it could change the automobile as we know it forever.

Many winners and losers will surely arise in this industry. Who they are is a question that remains to be answered. A great deal of uncertainty is haunting the auto industry, as these changes take place. Technicians may be returning to school, and dealerships along with auto-part shops will probably be updating their inventory. Whatever champions may emerge one thing and only one thing seems to be certain. Like it or not, the electric car is not going anywhere, anytime soon. The future is coming, and it's here to stay.