A special edition, called "Hakone" intends to invoke the feeling of early Japanese gonzo racers. Based on the 86 GT, it features a black and tan interior theme. 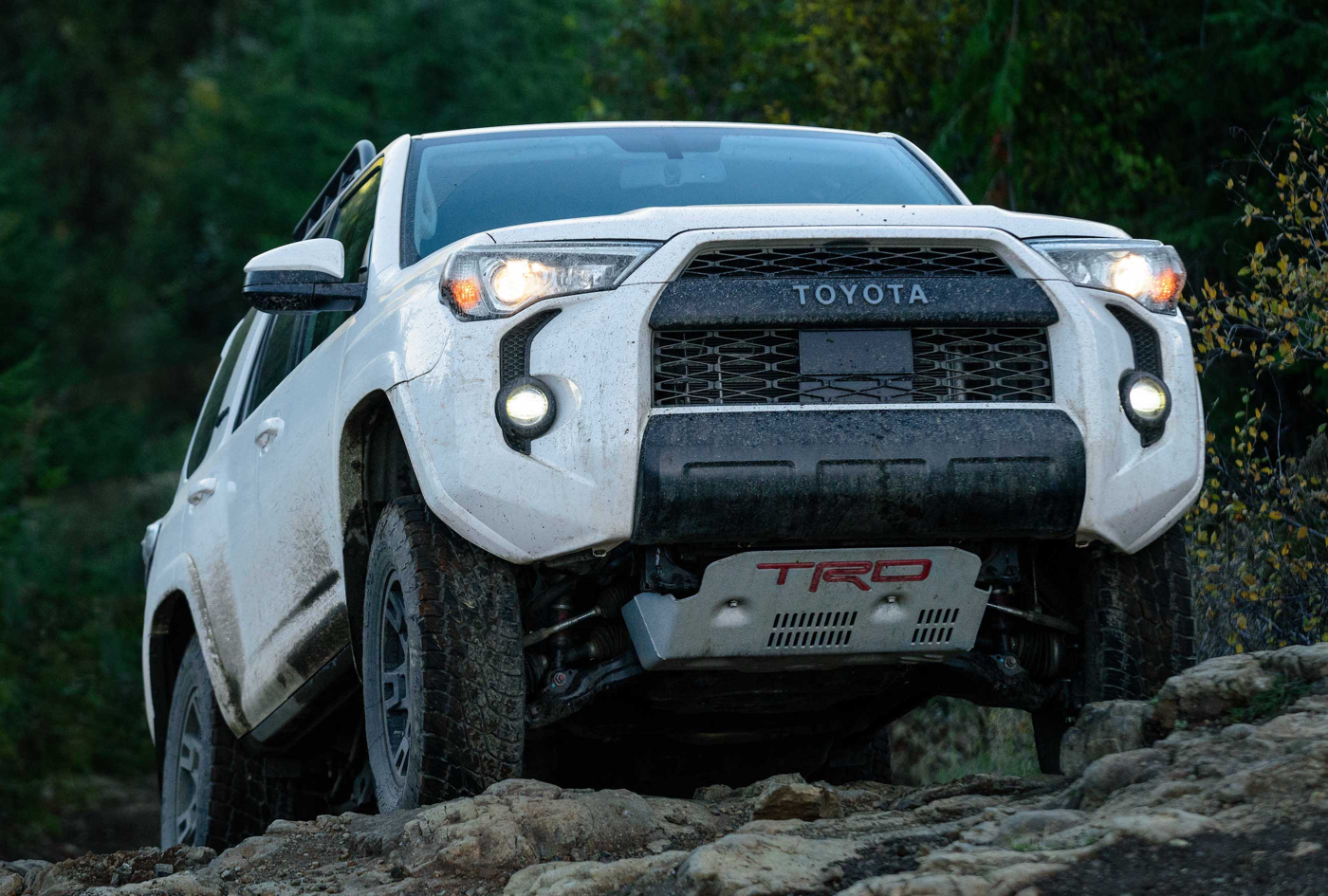 With the new active safety equipment comes a new grille, modified to contain the necessary sensors.

A Nightshade special edition has blacked out trim. It is based on the top-of-the-line Limited.

Regular V6 Avalon models get a new trim: TRD. TRD, or Toyota Racing Development, was first known for aftermarket performance parts. Then for off-road specialist versions of the Tacoma, Tundra and now just about every Toyota SUV. For 2020, the TRD trim moves to Avalon and Camry. Based on the XSE, the styling is edgier with improved aerodynamics, the chassis is strengthened and the suspension lowered. Active Cornering Assist utilizes the ABS system to encourage the Avalon to rotate around corners more quickly. A TRD performance exhaust gives a throatier growl, though power ratings on paper are unchanged. Finally, Avalon TRD gets exclusive 12.9-inch front brakes.

After only two model years, the C-HR gets a refresh with new front fascia, bumper, grille, headlights and wheels. The headlights are LED units, upgraded from projector halogen, and they still feature automatic on/off and automatic high beams.

Android Auto is added to the standard smart-phone compatibility which already had Apple CarPlay. Safety Connect with automatic calling in case of an accident and stolen vehicle locator and SiriusXM Satellite radio are now standard on all models. XLE and Limited now have sun visor extensions to better help block glare to the sides. Limited gets an 8-way power driver's seat and adaptive headlights with automatic leveling. Adaptive headlights turn actively dependent on steering wheel angle and vehicle speed, lighting up the road in front of you better.

A separate navigation system and rain-sensitive wipers are no longer offered.

The Camry TRD gets the same improvements as the Avalon TRD.

Ventilated front seats are a new feature to help keep bottoms cool; they are optional on XLE and XSE.

Satellite radio is now standard on all models.

For 2020 the Corolla receives a significant re-engineering and new styling.

Under the skin, the Corolla's suspension is upgraded: A multi-link fully-independent rear suspension replaces the beam axle from last year.

The Corolla L, LE and XLE use the previous Corolla Eco's 1.8-liter with 139 horsepower. This engine is only available with a continuously-variable transmission. A new 2.0-liter with direct fuel injection and 169 horsepower is standard on Corolla SE and XSE. In the SE it remains the only Corolla to offer a manual transmission, now with automatic rev-matching on downshifts. Surprisingly, the bigger engine is also more efficient than the 1.8-liter, second only to the new Hybrid. More on that later. The CVT available in the SE and XSE has a unique feature: a traditional fixed 1st gear to make launches faster. After 1st gear takes the engine to redline, the transmission shifts to the belt-driven CVT and transmission ratios change continuously.

The brakes from the 2019 Corolla SE and XSE are now the standard brakes across the lineup: 10.8-inch vented front discs and 10.2-inch rear solid discs. This marks the first time four-wheel discs are standard on all Corolla models. SE and XSE models get larger 18-inch wheels with meatier 225/40R18 tires.

New safety features include the availability of adaptive front headlights. Optional on XLE and XSE, they turn the headlight beams with the steering dependent on vehicle speed, helping to light up the road around curves. Blind Spot Warning and Rear Cross Traffic Alert are also now offered, optional on LE and SE, standard on XLE and XSE. Toyota Safety Connect telematics system, standard on all models, can automatically call emergency services if an airbag deploys, telling the ambulance your location and what happened. Road Edge Detection, also standard, helps prevent leaving the road. It can detect the edge of the road and steer the vehicle back to avoid an accident.

Smart Key, still standard on XLE and XSE and optional on SE is now also optional on LE models. This allows you to unlock and drive without fishing your keys out of your purse or pockets. All the power windows now have an automatic one-touch opening and closing feature. Vanity mirrors on the front visors are now lighted.

For the first time in the United States, a Hybrid Corolla. Since it would compete heavily with the Prius, in the past Toyota has not marketed a Corolla Hybrid in the U.S. Camry Hybrid, yes, but that's larger and more conservative. Rav4 Hybrid, check, but that's a compact SUV. Highlander... okay, you get the idea. But the Corolla Hybrid is only $1800 cheaper than the Prius. It also has similar fuel mileage: 53 city/52 highway vs. the Prius' standard 54 city/50 highway MPG. The Prius Eco comes in stronger at 58 city and 53 highway. I guess Toyota just has enough confidence now that it can market more varieties of its highly efficient hybrid powertrain.

The final reason Toyota finally released a Corolla Hybrid: the low-selling and poorly rated Prius c is dead, discontinued after the 2019 model year. The Corolla Hybrid takes the place of the Yaris-based, weakest member of the Prius family.

The 2020 Corolla Hybrid will only be offered in one trim-line: LE, at least for now. Like most every Toyota, it's very well endowed with safety equipment: standard backup monitor, frontal collision warning, pre-collision system (automated emergency braking), Lane Departure Warning that helps automatically center the Corolla Hybrid in its lane, a driver alertness monitoring system, automatic high beams and even Dynamic Radar Cruise Control. Frontal airbags, front seat side impact airbags, driver's knee airbag and curtain airbags for front and rear are all standard, as is Safety Connect, Toyota's telematics which can automatically alert emergency services in the event of a collision.

Adaptive headlights go from standard to optional on XSE, but they're available with manual transmissions, too, now.

A Heritage Edition adds exclusive bronze wheels, vintage-style badging and an open roof-top carrier among other retro features. Running boards and lower cladding are removed since they clashed with the look. The Heritage Edition will only be offered as a 5-passenger, a configuration borrowed from the Lexus LX 570. Only 1200 will be made.

The Mirai will take a break (brake?) for model year 2020, coming back redesigned for 2021. Toyota will aim for 30% further range primarily by increasing the amount of hydrogen it can hold.

Safety Connect, previously only available on Prius Limited, is now standard on all models. This telematics system similar to OnStar automatically calls a specialized dispatcher in the event of an airbag deployment or at the press of a button. It can direct emergency services to your car's location even if you can't talk. Other features include a stolen car locator that can help police find your car if it's stolen.

The Prius got its "I'm less of a crazy spaceship" makeover for the 2019 model year, now it's the Prius Prime's turn. New front and rear fascias, bumpers and a simpler, classy grille all de-polarize the Prius Prime's previous escaped spaceship looks.

It's geekier trim levels are also made more normalized in line with other Toyotas: "Plus" becomes "LE," "Premium" becomes "XLE," and "Advanced" becomes "Limited."

The change that will mean the most to many buyers is in the back seat: maximum occupancy goes to five as a middle seatbelt is added in the rear.

Safety Connect, telematics that can call for help when an airbag deploys and help recover a stolen vehicle, is now standard on all trims. 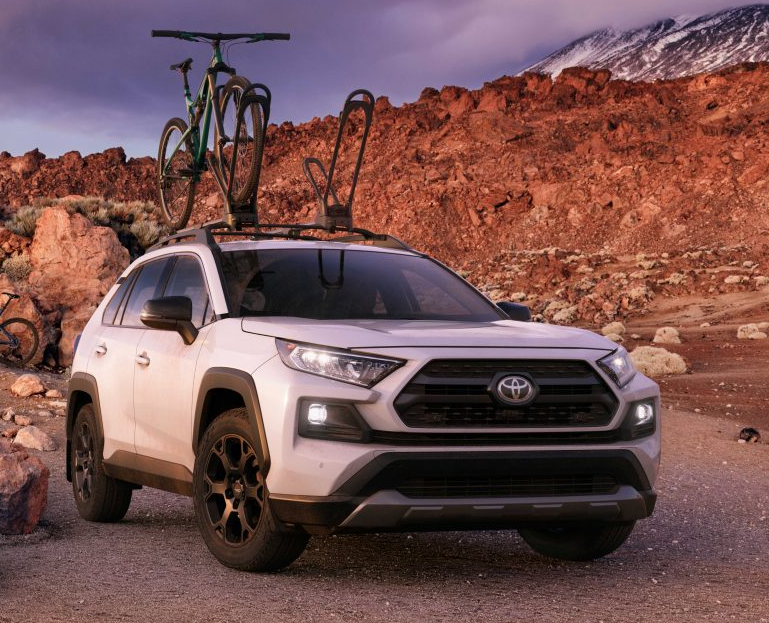 A TRD Off-Road joins the line-up, adding high-performance shocks and other tweaks to the raised height of the Rav4 Adventure.

The Smart Key system is now available on Sequoia for the first time, standard on all grades. This system allows you to keep your keys in your pocket and unlock the doors, tailgate, start the engine and drive. Rear doors don't have their own sensors, so you'll have to grip the front door to unlock them. 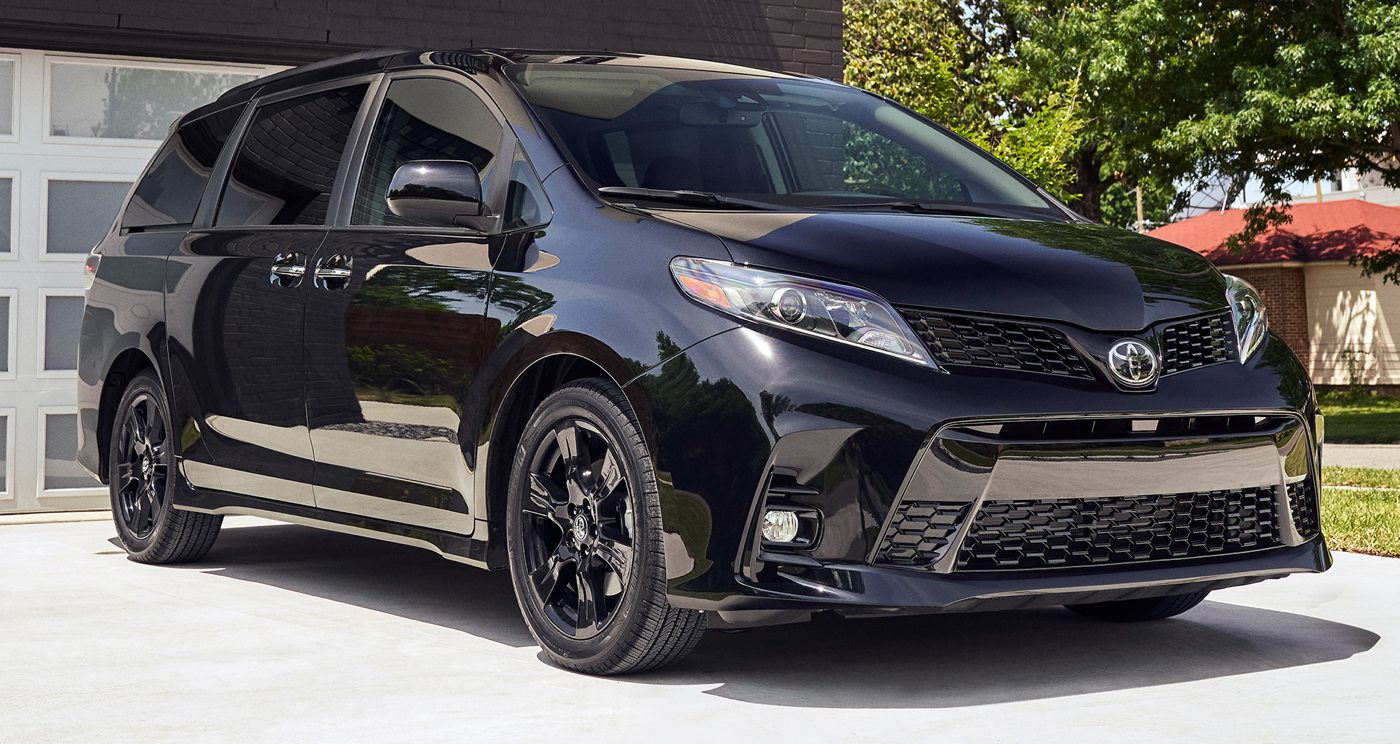 Heated outside mirrors are now available on Sienna L; they are still standard on all other trims.

Those are almost the only things the 2020 Toyota Supra GS has in common with the 1998 Toyota Supra Turbo. The 1998 Supra Turbo did also have automatic climate control and driver and passenger frontal airbags.

The 2020 Supra has only 15 more horsepower than the 1998 and 50 pound-feet more torque, but, surprisingly, it weighs less; 48 pounds less. The 1998 Supra Turbo offered a 6-speed manual (non-turbos made do with a 5-speed) or a measly 4-speed automatic. The 2020, sadly offers no manual, but the standard automatic has eight forward gears, double the original.

The original offered a standard back seat with room for two, small additional passengers. The 2020 Supra is a two-seater.

Though all-speed traction control was offered, the 1998 didn't offer stability control; thanks to federal law both of these are standard on the 2020, though they can be completely shut off if desired.

A power driver's seat is standard on SR5 and higher grades. A new grille and/or new wheels are also present on most models of Tacoma. An upgraded radio includes standard Satellite radio, Apple CarPlay, Android Auto and Alexa compatibility. SR gets a 7-inch touchscreen while all others get an 8-inch.

Intermittent wipers are finally standard on all Tacomas.

A multi-terrain view camera is offered on TRD Off-Road to help replace a live spotter in covering severe terrain; it will also be useful in parking at the mall. TRD Pro owners can get the MTV camera with a surround-view option as well. This is the first time a surround-view camera has been offered on Tacoma. A more parking-lot friendly version is standard on Limited.

LED headlights are now available: standard on Limited and TRD Pro, optional on some other models.

Tacomas with Smart Key hands-free entry now have sensors on the front passenger's door in addition to the driver's door.

Safety Connect, Toyota's telematics system that can automatically call emergency services among other things, is standard on Tacoma, the first time it has been offered on their little truck.

The 4.6-liter V8 engine is discontinued, leaving only the more powerful, but somewhat thirstier 5.7-liter DOHC V8 as the only engine choice for 2020. The Tundra TRD Pro, previously only available as a CrewMax, is now offered in the Double Cab (smaller back seat) 6.5-foot Bed configuration.

Smart Key System, which allows you to keep the key in your pocket and unlock the front doors and start the engine is now offered on the Tundra, part of the TRD Sport package on SR5 and standard on Limited, Platinum and the 1794 Edition.

Toyota Safety Connect telematics system is new to Tundra and standard on all models; it can automatically call emergency services if an airbag deploys, telling the ambulance your location and what happened. A 1-year trial is included after which a monthly fee applies. Toyota's Remote Connect is also included on TRD Sport, Limited, Platinum and 1764 Edition; it allows you to remotely start and adjust climate control through a smartphone or watch, along with other features.

Tundra Work Truck now includes power windows and door locks, which make them standard on all.

Last year Toyota introduced an all-new Yaris sedan. This year they add a hatchback to the same platform with the same engine. The hatchback, however, does not offer a manual transmission.