How the Coronavirus is impacting the U.S car industry    Comments 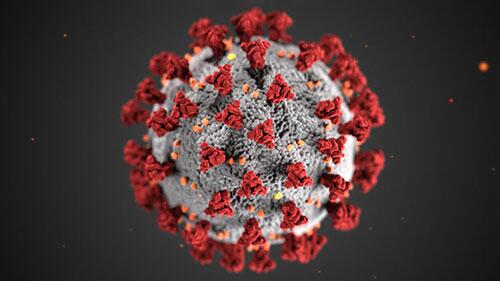 How the coronavirus is impacting the U.S. car industry

The deadly COVID-19 outbreak has spread to over a hundred countries worldwide since the beginning of the outbreak in Wuhan, China. Since then the disease has spread at alarming rates to infect more than a half a million people and those numbers are growing. The virus has now spread to the United States and the number of reported cases is growing as well. The economic impact has already been felt with congress signing bill for over $2.5 trillion in a stimulus bill signaling a desperate attempt to keep the economy afloat as the nation shuts down.

As millions of Americans and businesses across the country begin to feel the impact the automobile industry in the U.S is no exception.

The Size and Scope of Cars in The U.S

It's no secret that the United States auto industry has had its shares of blows and blunders over the years, but it still remains strong. Only rivaled by China the United States boasts the largest car market in the world. Just two years again in 2018 alone the U.S sold over 17.2 million in light vehicle units, marking the fourth year in a row of record sales.

It shouldn't be a surprise that the industry should be affected as the nation goes into social lockdown and production comes to a grinding halt with millions of Americans staying home in fear of further spreading the pandemic. Not only that, but NBC reports that supply lines have been disrupted as well, particularly in the auto parts sector that has turned air shipping in a struggle to keep parts coming in. Some experts that owners and manufacturers both may be feeling the impact some time this summer.

The COVID-19 pandemic is continuing to have an impact and public health and the economy and the auto industry is feeling the effects in more than one way:

Fewer people are willing to leave their homes except for absolutely essential travel. This will likely have an impact on the auto-industry as show rooms and dealerships begin to empty out, assuming authorities even allow them to remain open. Down the road this could have lasting impacts on the auto industry as more people work and learn remotely and pursue alternative activities at home in favor of social distancing Though this could have impacts down the road, right now they're hard to determine.

Washington, New York, and California were just a few states so far to the experience the effects of a full scale lock-down. Pennsylvania may also be among one of the states to experience an “order to stay”. As the roads begin to clear and more confirmed cases continue to arise auto manufacturers expect government lock-downs to bring the industry to a grinding halt. A few auto workers have been among the confirmed cases, leading to fears further shut downs in the industry itself.

It's not only manufacturing that will be effected by promotions as well. The auto industry is expected to see a downturn in sales and revenue as many advertising and promotional venues are taken from them. The New York Auto show, one of the largest in the nation, has been suspended at least until august and car shows across the nation are likely to follow.

The car industry in the state of Michigan alone constitutes 4% of the nation's total GDP. A loss as devastating as is expected to experienced by the industry is likely to harm the United States as a whole. Vacant manufacturing plants will mean a loss in jobs, GDP, and likely an increased cost in auto sales and maintenance.

Could the Whole Thing Come to A  Halt?

GM Chairman and CEO Mary Barra announced a suspension of GM's production operations, suggesting the industry itself could come to a temporary halt saying,

“GM and the UAW have always put the health and safety of the people entering GM plants first, and we have agreed to a systematic, orderly suspension of production to aid in fighting COVID-19/coronavirus. We have been taking extraordinary precautions around the world to keep our plant environments safe and recent developments in North America make it clear this is the right thing to do now. I appreciate the teamwork of UAW President Rory Gamble, UAW Vice President Terry Dittes and local leadership as we take this unprecedented step.”

It's hard to say what kind of impact this may have on car sales and manufacturing in the U.S down the road, but some fear if it goes on too long they may never come back.