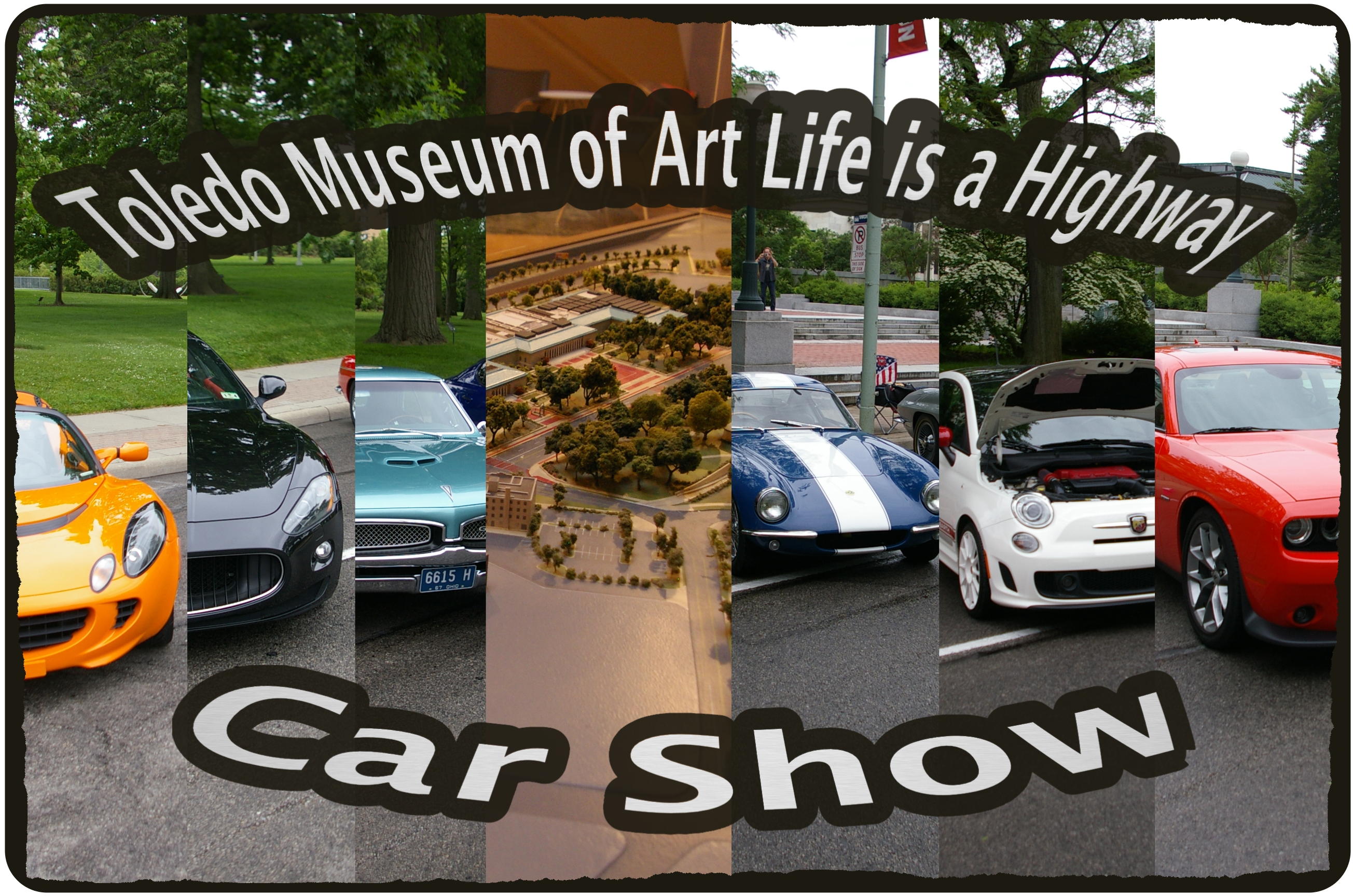 I was invited to exhibit at the Toledo Museum of Art (TMA), Life Is a Highway: Art and American Car Culture, that opened to the public on Saturday, June 15 and runs through Sept. 15, 2019.

The Car show ran from Noon to 3, but we left early at 2pm due to excessive rain.

Indoors this is the first large-scale domestic exhibition to provide a historical overview of this topic with an emphasis upon the Midwest. The exhibition features more than 150 works of art in a wide variety of media— including painting, sculpture, photography, film, prints and drawings— and a diversity of artists and perspectives, drawn from the TMA collection along with loans from around North America.

They even made a small model of the street, Building, and surrounding buildings of the place.

the highlighted area is where we were on display.

The indoors exhibit is a presentation of the changing car culture including the art of advertising to road trips taken in your car. Following the exhibit shows the change in the car culture over time from the early days through the Green Booker, to the nostalgic times we will remember. I especially liked the painting by John Bader of Late 1970’s Las Vegas where we go for our NADA conventions The Life Is a Highway curated by Robin Reisenfeld, Ph.D., TMA’s works on paper curator.

The first outdoor exhibit features the greater Toledo Cars and Coffee crowd with American Classic on August 24thand Modifieds on Sept.14th(outdoor admission is free.) For the cars and Coffee, we ducked rain for most of the period. Dry for a while and then the umbrellas came out. Five minutes later it’s again dry for a while then the return of the umbrellas. Without the umbrellas, the crow was pretty good. Local cars on display included a nice Model T through to a Fairlane 500, a bunch of Mustangs and the new Ford GT. An Electric BMW, a Tesla, a DeLorean, three Lotus, a couple of Porsches, a Cadillac and one Mercedes and only one Corvette.

the cars are coming in HOT

Lambo doors on a Mustang, make it looks a little nicer. I guess Post Malone was right about that Candy paint with the white on top Lambo doors of the oo-op drop, but in this case, it's black on black.

got a few good pictures of cars lined up on Monroe St, and this gentleman. I have a feeling we might be seeing this guy in the red shirt again.

this guy over here cleaning his car Engine, making the Porsche look good!.

A series 2 Lotus Exige, extremely rare with their limited production of 50 Exiges (2004-2006 Model) came out that day to show off. Personally, think it was the coolest car there.

The most expensive car here, a Maserati!!!!

HEY WOW! a Ford GT350 van?? no way! this guy again is not impressed about this fake. 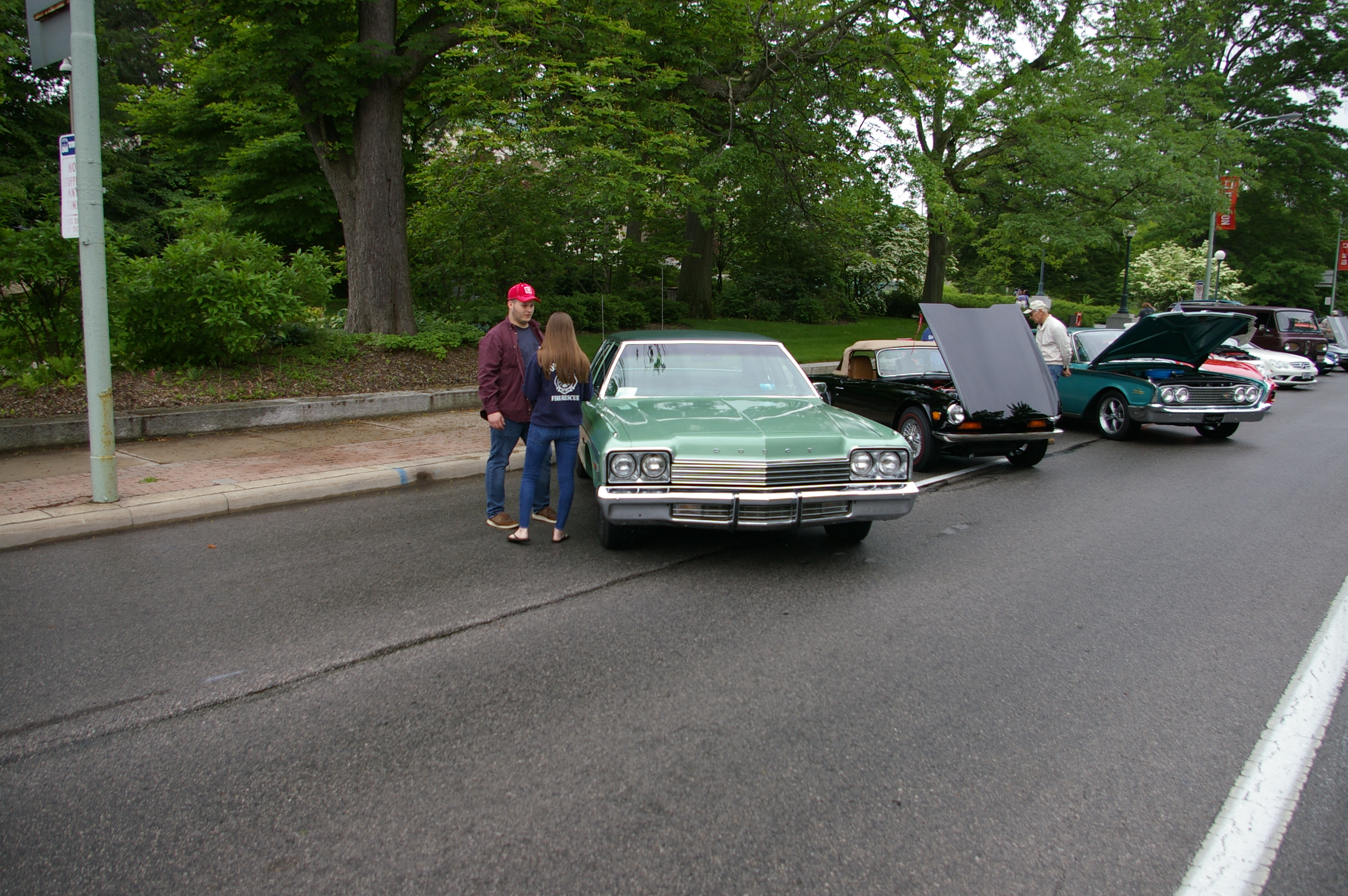 who do you think will win?

Apparently neither, cause this Ford GT will get the attention.

A little rain never hurt anyone.

i hid a few easter eggs in this post, if you didn't find them, you were paying attention.