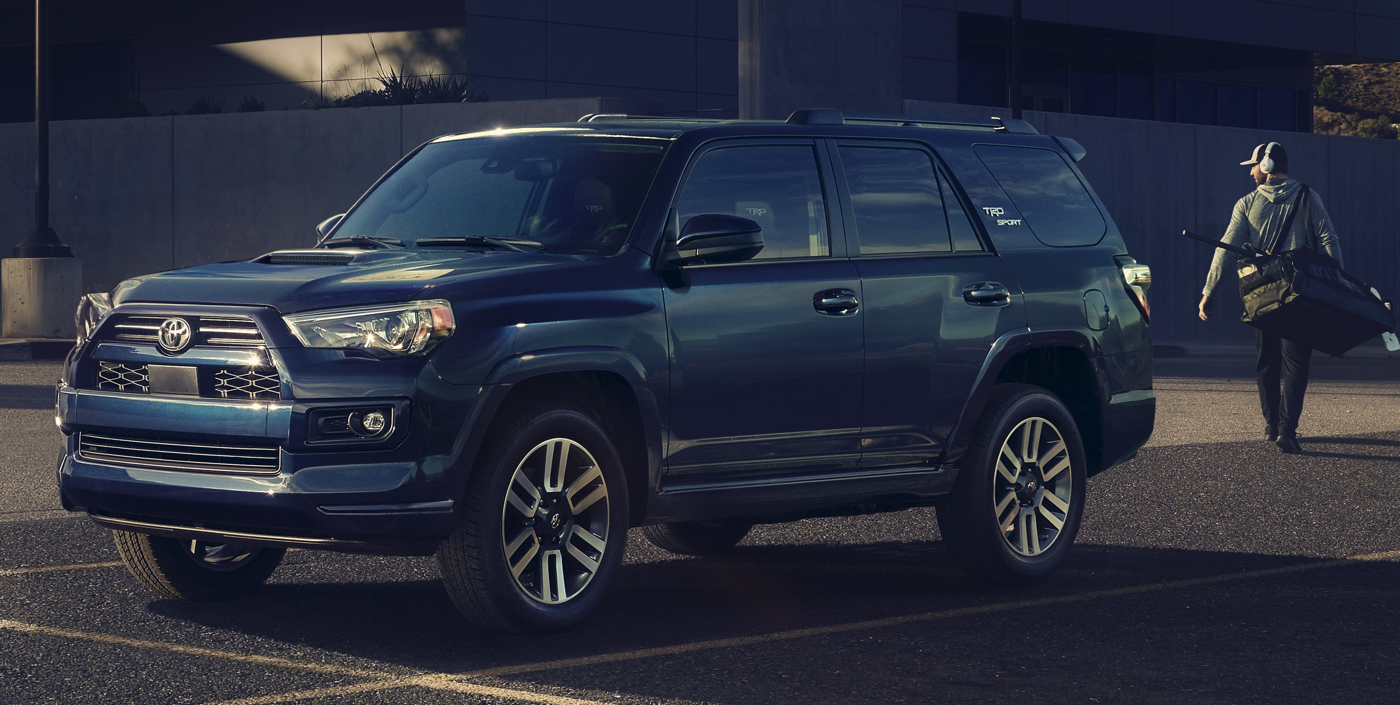 A new trim joins the other 7: TRD Sport. Nestled between the Trail Special Edition and the TRD Off-Road, the TRD Sport is the only TRD 4Runner that can be had in two-wheel drive. The TRD Sport includes X-REAS hydraulically linked shock absorbers that transfer pressure to the opposite corner under heavy loads, helping with traction under off-road conditions. The TRD Sport also shares the 4Runner Limited's 245/60R20 tires on twenty-inch rims.

A new Panoramic parking camera system can show views all around the vehicle; on TRD Off-Road Premium and Sport it's called the Multi Terrain Monitor and can continue being used above parking speeds. Blind Spot Monitor and Rear Cross Traffic Alert are new features, optional on the new TRD Sport and standard on Premium models, TRD Pro and Limited. All models get standard Rear Occupancy Alert, which detects a rear door opening before or dring a trip and reminds the driver to check it when the ignition is turned off.

This is the last year for the Avalon, which won't see a 2023 model. The 2022 Avalon is reduced in model count: the TRD, all-wheel drive and XSE V6 models are discontinued.

Heated mirrors are no longer standard on LE.

Heated seats and a power driver's seat with power lumbar adjustment are now available on the Corolla Hybrid.

The hatchback gets USB-C ports to replace USB A.

The Cross uses the more powerful version of the Toyota 2.0 4-cylinder from the Corolla Hatchback, but only with the CVT automatic transaxle, no manual. #SavetheManuals The optional all-wheel drive system is similar to the one in the Rav4.

Back after a one year break and with a new name, the GR (Gazoo Racing) 86 has a bigger, more powerful engine. Still with a 6-speed manual (Yay!) or (Booo!) automatic, the new engine is a Subaru-sourced 2.4 naturally aspirated (2X Boo!) making 228 horsepower and 184 pound-feet of torque. The extra 28 horsepower will not go to waste as curb weight is only up about 20 pounds.

All Limited models now have a hands-free liftgate. The power front passenger seat standard on XLE and higher trims goes from 4-way adjustment in 2021 to 8-way for 2022.

Deceased. Replaced over at Lexus with the LX 600.

A rear seat reminder has been added, alerting the driver to check the back seat if a rear door had previously been opened, in order to reduce the possibility of a child being left in an unattended car.

A Prius Nightshade Edition (based on Prius XLE) brings a monochromatic blacked-out appearance. Available in black (natch), white or silver, and front or all-wheel drive. Headlights, side mirrors, door handles are all black. The rear spoiler is color matched to the body.

New headlight designs debut for the XLE and higher models. A few new colors are offered.

The Platinum and TRD Pro versions are discontinued. Gone with them are the Fox shocks, higher ground clearance, power steering wheel, ventilated seats and more.

A new Woodland Edition is offered exclusively in all-wheel drive. It boasts an almost 7-inch ground clearance, over half-an-inch more than other AWD Sienna models.

New automatic diiming side view mirrors are standard on Limited and Platinum.

LE models no longer have a power liftgate, but they still have power sliding side doors.

Footrests are available for the Sienna Limited AWD and Platinum AWD in the second seating row. 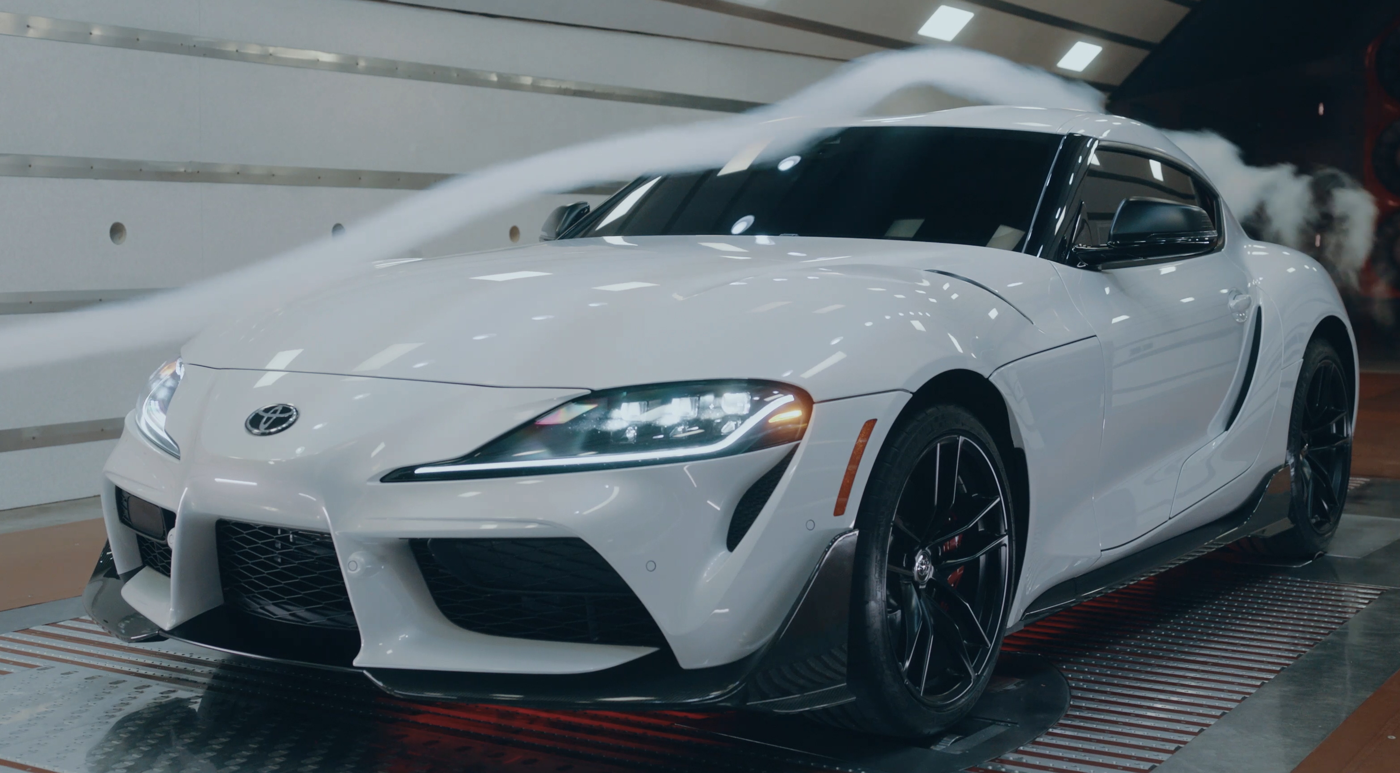 A new special edition, the A91-CF Edition, builds on the 382-horsepower 3.0, adding various carbon fiber and aerodynamic aids. A unique red and black interior featuring Alcantara and leather rounds out the package. Only 600 will be made of this model which adds almost $12,000 over the price of a standard 3.0.

Heated seats are now standard on all 3.0 models. 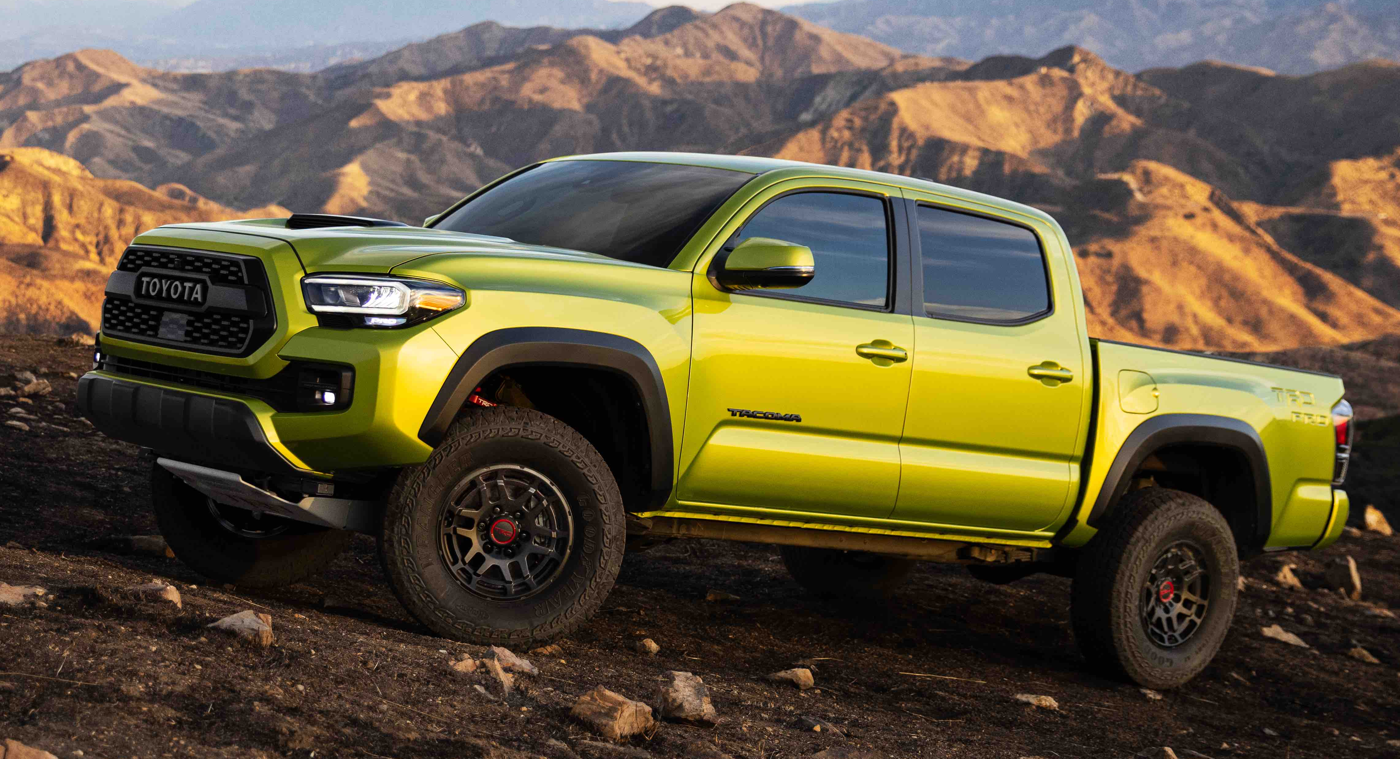 A new Trail Edition give truck buyers one more choice.

The revised TRD Pro brings the most factory off-road capability to the Tacoma, yet. Its revised suspension used Fox off-road shocks and is lifted 1.5 inches in front and half-an-inch in the rear. It also has a performance exhaust system for its standard 3.5 V6.

The Tundra is completely new, with a new chassis that will underpin the next generation 4Runner and Tacoma as well. The new frame is still separate, now all three sections are fully boxed, adding strength. On Limited and above, the cab is mounted to the frame with hydraulic mounts, designed to isolate vibration and road noise.

The suspension learns all sorts of new tricks. Primary is the switch from a simple leaf-spring rear axle to a multi-link rear axle with coil spring and outboard shock absorbers. The rear coils, first used by Ram on a full-size pickup, can be replaced with optional air springs in the rear, with load height adjustability. Another first, adaptable shocks are available, allowing changes to the stiffness for different conditions, from comfort to sport.

The 6-speed automatic is replaced with a new 10-speed. EPA figures are not finalized, but between the engine changes and the 10-speed, Toyota should at least jump from the bottom of the MPG pack into the upper tiers.

On the interior, bold, luxurious materials and designs replace the older materials in the 2021. Luxury features not offered before are available, such as a heated steering wheel. At the center is an all-new multimedia system, five times faster, with a standard 8-inch screen and an available 14-inch screen. An optional 12.3-inch digital instrument cluster provides similar high-resolution information directly to the driver, replacing analog gauges with a customizable instrument panel.